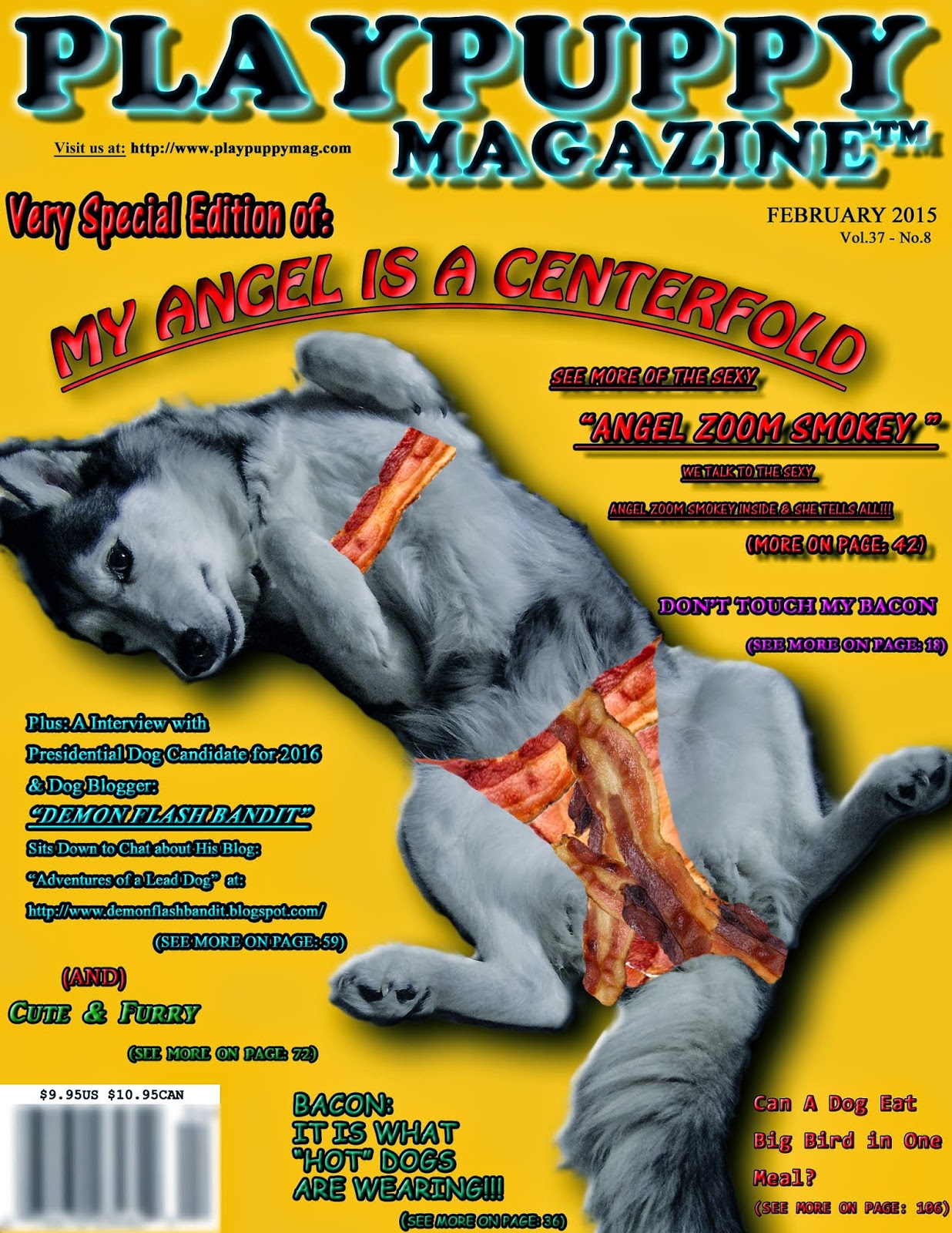 Before I begin my usual blog, I want to remind my readers about the t-shirt contest for the shirt with the magazine centerfold on it.  You can enter by leaving a comment or e-mailing me at demonflashbandit@gmail.com.  There are no limit to the amount of times you can enter, and the contest ends Feb. 28.  It is open world wide, and the details are on my blog, Free T-Shirt  Contest written on January 31.I

I suppose by now everyone has heard that Punxsutawney Phil, the groundhog, has predicted 6 more weeks of winter.  My humans aren't too pleased, but I HATE it when spring comes early.  I also checked with the Howell, MI nature center to see what Woody the groundhog had to say.  Woody was sick this year so his stand-in, Murray took over.   He also said there is going to be 6 more weeks of winter so he and Phil agree with each other on the forecast.  In honor of their terrific forecast, I promise that this dog won't be chasing any groundhogs this year.  However, I will continue to chase squirrels because that is just fun!


For those of you who didn't get to watch the sports event of the year, Ruff won over Fluff at the Puppy Bowl.  In my opinion, this is the only sporting event worth watching.  Thanks, Animal Planet for quality programming.

I have been missing out on a great food item for the past 11 years.  I have always refused to try some foods and pizza has been among them.  Yesterday I was hungry, and Mommy had a pizza bone flavored with cheese and butter so I took it and ate it.  It was delicious so I was given more.  Then I realized that I have been missing out on them for the past 11 years.  Yes, even a genius dog like myself makes the occasional mistake, but it won't happen again!

Demon Flash Bandit (Dog Who Loves Pizza Bones)
Posted by Donna at 1:49 AM