Silly Humans: Let the Dogs do the Thinking 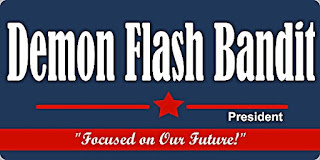 You can fool some of the humans all the time, you can fool all the humans some of the time, but you can't fool a dog!  A poet named Lydgate adapted this which was found  at an archaeological sight in Egypt.  It is credited to Larry Labrodor, the cave dog.  However, it could have been written by Gahiji because, after reading his diary in my collection of famous dog diaries, I know he was a very wise dog.  Lincoln also adapted it for the humans.

The reason I thought of this is because, once again, the humans are having a controversy over yet another thing which seems silly to me.  Evidently, the humans have problems distinguishing whether they are male or female.  We dogs have more sense, I know I'm a male dog, and when I have to pee, there is no controversy, and news crews don't need to cover the event.  I walk outside, find a tree, fire hydrant, or the car's tires.  This signifies that those items are mine.  We do get upset if a squirrel or chipmuk has tried to mark our restroom, but we pee over the smell to let them know a dog is in charge of the area.

I don't know how my humans feel about it because I haven't asked their opinion.  These are the same humans who think I should pee outside with no privacy no matter what the weather.  I have no respect for their opinions on the matter.  Besides, as I said earlier, they are easy to fool.