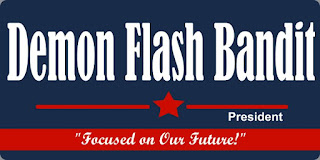 I hope my readers had a nice weekend which was a 3 day weekend for people in the United States.  It was a sad weekend at the Cincinnati Zoo.  A human puppy managed to get into.the gorilla area, and he was killed by the humans to "save" the child.  The gorilla's name was Harambe, and he had just celebrated his 17th birthday on May 27
He shared his home with 2 female gorillas.  He was a typical teenage gorilla. He enjoyed long walks, fine dining, and just being a gorilla.  From the video I saw, I don't think he would have harmed the child.  However, the administration at the zoo did not want to take that risk so Harambe was killed.  I'm not a judge or juror, and I know sometimes bad things happen.  However, it is not unusual for an animal to.be euthanized when the animal is just being themselves.  There have been countless pets euthanized because human children mistreated the pet. I phoned Magilla Gorilla, and this is an exact quote from him.  "How do you expect humans to live peacefully with animals when they have so much trouble living with their own species

One advantage to modern life is that the humans have the technology to film videos of events.  If only they possessed common sense to quit filming, put down the camera, and try to stop the event before it happens.